Our waterfowl chokes are made for those who like to shoot birds either close-up or over open water. These chokes work well with #2 to #4 steel shot. Our choke for quail hunters has approximately a 30" pattern in which at least 2 or 3 shot will hit the bird from 20 yards away. If you would rather have us build a custom choke for your shell and gun, we can also do that.

We have 2 chokes available: one with an even round pattern and one that gives a longer shot column. We've found that guns vary in their bores, such as O/U's that have bores that vary from top to bottom. If you can find out what the exact bore of your gun is, we can custom build a choke for it.

Our sporting clay chokes are offered for most of the guns sold here in the United States. Due to popular demand, we're adding chokes for Italian-made guns now.

Our turkey chokes are designed for the "lead is dead" guys all the way to the Hevi-Shot guys. These chokes come in a few different models. The lead shot chokes have kills all the way out to 45 yards with just your $13.00 box of magnum shells. For the Hevi-Shot shooters, we offer the chokes for both long and short-range situations.

For the 40-yard choke, our tests show that you need to shoot no closer than 40 yards. A lot of hunters prefer this choke because they want to maximize the number of shot in a 10" circle. After a few shots, it's obvious that these chokes are shooting such a small pattern at close range that you are very likely to miss the bird.

By listening to the feedback from hunters like you, SumToy Customs has now developed a 30 to 40-yard choke. 40 yards is the limit for this particular choke.
We now offer some 20 gauge chokes that work well out to 40 yards. They work well with the new Federal FCW and Federal Heavy Weight shells. Birds have been killed out to 35 yards with Winchester Supreme #5's.

SumToy Custom Barrels has been building Card Shooting and Turkey Shoot barrels for years. We take your stock barrel and rechamber it and choke it to sneak in the local shoots with an advantage.

When we rechamber your barrel, we bring it back to a matched chamber that will improve the patterns and consistency of the gun. We fit the chamber to the shell to remove the slop so that the shell can't move around in the chamber. It will shave the wad as it goes into the bore of the barrel to seal it up. 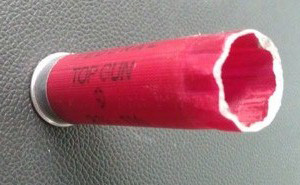 We also build 1 x 36 drop-in choke barrels to fit 20 gauge and 16 gauge. They use the same technology as the 12-gauge choke barrels. 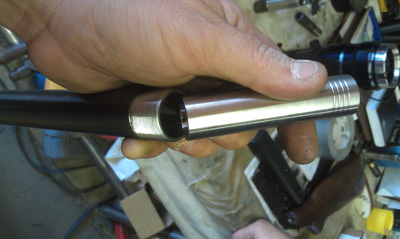 We can make up to a 2" barrel 36" long for the outlaw shoots. They can be fitted to bolt action shotguns (Savage and Marlins). Outlaw Bolt guns have 1-1/4" x 36" barrels with custom bores and chambers. Drop-in chokes are set up for the shell and shoot. They're fitted and bedded in a custom bench rest stock with the bi-pods and rear adjuster. Most of these come in at 20 to 30 lbs. depending on whether you have the lead in or out. 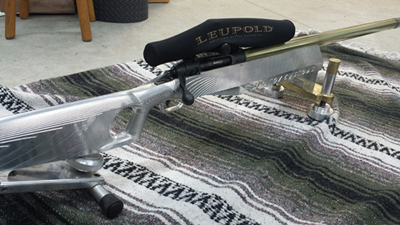 We can fit your pump gun or bolt gun with bi-pods and rear adjusters. We build the aluminum plates and bi-pods in 1/2" or 1" thicknesses. We recommend staying with 1-1/4" or smaller pump guns. 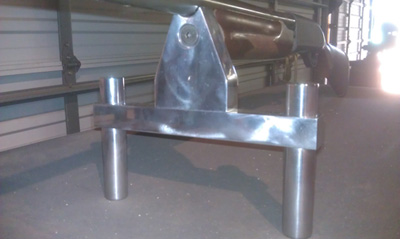 We have custom target chokes with wad controlling technology. If you've ever shot your gun at a big target and it looked like a donut (a hole in the center of the target), it comes from the wad bumping or blowing the center out of the pattern. We have a system that is designed around a shell to give you the best patterns possible. We pull the wad from the shot column so that it doesn't get disturbed. Using an ant bed as an example, if you bump one, the others are everywhere.